Your body produces vitamin D when it is exposed to sunlight. Getting enough vitamin D is essential for everyone, as vitamin D is important for strong bones, a healthy immune system, and good overall health.

Vitamin D can also be found in some foods, including fatty fish and fortified milk. There are three types of vitamin D: vitamin D1, D2, and D3.

You can also get vitamin D from supplements. This will help make sure that you have enough of this vitamin in your blood.

In this article, we will provide information about vitamin D's advantages and disadvantages, as well as how much you need, where to get it, and the foods that provide it.

Vitamin D has been shown to help the body fight illness

People who have low levels of vitamin D are more likely to develop multiple sclerosis. This was found in a review of population-based research from 2018.

Some studies have shown that a lack of Vitamin D may increase the risk of heart disease. This includes diseases such as hypertension, congestive heart failure, and stroke.

However, it is not clear if a lack of Vitamin D is the cause of these diseases or if it reflects poor health in someone who already has a chronic illness.

There is evidence that Vitamin D can help prevent severe illnesses. Vitamin D may decrease the risk of catching the flu. A recent study found that low levels of vitamin D are linked to acute respiratory distress syndrome.

If you don't have enough vitamin D, you're more likely to get infections and autoimmune diseases like rheumatoid arthritis, type 1 diabetes, and Crohn's disease.

Studies have shown that vitamin D can improve mood and prevent depression.

The study found that people who received vitamin D supplements and were feeling negative emotions saw an improvement in their symptoms.

People with depression who also have a vitamin D deficiency may benefit from taking vitamin D supplements.

A 2014 research showed that there was a link between vitamin D deficiency and more depressive symptoms.

Vitamin D has been linked to better cognitive function

One study found that vitamin D levels were associated with better cognitive function in older adults.

Another study looked at vitamin D levels in people with Alzheimer's disease.

People with a high BMI are more likely to have low levels of vitamin D.

In one study, people who were obese and received vitamin D supplements in addition to following a weight loss diet plan lost more weight and fat mass than people who only followed the diet plan.

People who took a calcium and vitamin D supplement every day lost more weight than those who did not, according to the study.

The extra calcium and vitamin D may have made the participants feel fuller, causing them to eat less, according to the researchers.

The current study does not suggest that vitamin D causes weight reduction, however, there is a link between vitamin D and weight.

Vitamin D is vital for strong bones and teeth

It is important for both children and adults to get enough vitamin D because it helps the body absorb calcium, which is needed for strong bones and teeth.

A lack of vitamin D can lead to softening of the bones, a condition known as osteomalacia.

Osteoporosis, a condition that causes bones to become weak and break easily, is another possible effect of having low vitamin levels in the body.

Additionally, vitamin D plays a role in the immune system by helping to fight infection.

A vitamin D deficiency is a lack of vitamin D in the body. This can happen when someone doesn't get enough vitamin D from their diet or when their skin can't make vitamin D because they're not exposed to enough sunlight.

Reasons why you may have a vitamin D deficiency are:

To help prevent vitamin D deficiency it's important to get some of your vitamin D from sources other than the sun.

There are a few vitamin D deficiency symptoms that you may experience if you don't get enough vitamin D, such as:

A doctor can diagnose a vitamin D deficiency by performing a blood test.

You should also get vitamin D from the sun and the foods you consume.

Risks of getting too much vitamin D

It is possible to take too much vitamin D and this can be harmful.

There are some risks associated with taking too much vitamin D. These include an increased risk of developing kidney stones and calcification of the arteries.

However, because your body controls the amount of vitamin D produced through the sun, this is unlikely to happen through sun exposure alone.

Vitamin D toxicity can cause your blood calcium levels to rise. This may lead to a range of health problems, including:

Some foods have vitamin D naturally. You can also find vitamin D in some foods that have been fortified with it.

It's difficult to get enough vitamin D each day through sun exposure and diet alone, so supplementing with vitamin D might assist.

How much vitamin D per day?

The Scientific Advisory Committee on Nutrition (SACN) recommends that the UK recommended dietary allowances (RDA) for vitamin D should be:

The RNI and safe intakes were developed to ensure that the majority of the UK population has enough vitamin D to protect musculoskeletal health, all year round.

A typical multivitamin contains 10 micrograms of vitamin D per tablet. This is equal to 400 IU of vitamin D.

The optimal blood serum levels are 50–100 nmol/L. You may need more vitamin D depending on your blood level.

Vitamin D is a vitamin that is essential for good health and has many potential benefits.

These include reducing the risk of certain diseases, helping improve mood and reducing depression symptoms, and aiding in weight management. It also plays a role in bone health, heart health, and the Immune system.

Vitamin D can be found in fatty fish, such as salmon, mackerel, and tuna. It is also found in eggs and fortified dairy products. 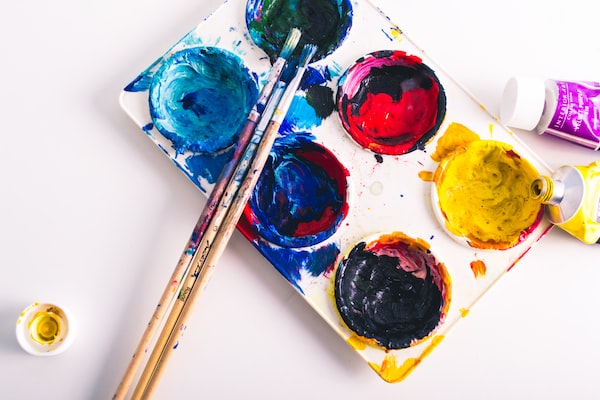 When it comes to our mental health, creative hobbies can play a big role in keeping us balanced and healthy. A hobby is something that we do for fun, outside of our regular day-to-day activities. It can be anything from painting to hiking to playing video games. No matter what

When it comes to vitamins, there are a lot of options to choose from. But what about vitamin g? What is it and why should you take it? In this blog post, we'll explore what vitamin g is, its benefits, and how you can make sure you're getting enough of Kidney stones (also called renal calculi, nephrolithiasis, or urolithiasis) are a common problem, and they can be very painful. If you are looking for a natural remedy to help with the pain, apple cider vinegar may be just what you need! In this blog post, we will discuss how apple